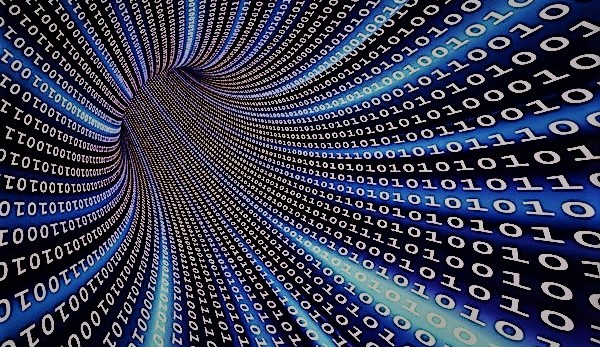 I finished Yvaal Noah Harari’s book Homo Deus. The autor is a well-known historian who wrote the bestseller Sapiens: A Brief History of Humankind. In Homo Deus, he teaches us about future based on projections on the Modern Era. The last chapter ends on the notion of Dataism, which he introduces as a movement of choice making but also as a belief very close to a religious movement.

What is dataism ? How can it be similar to a religion ? What should be considered about the evolution of the cult of Big Data ? Should we fear it ? Can we still escape it ? Those are some question that I keep asking myself and that I want to share with you; questions regarding the future of humankind at this very moment, which looks like the dawn of a newly born era.

Everyday, we communicate on the web, but we also use a big amount of data in our daily life. Those data will be digitized and feed what we call the Big Data. The Big Data refers to the massive storage of data that allows a treatment and analysis far more advanced than what human can do.

Those data are handled by non only human, but also systems that make them evolve in their environment. We can only imagine that we are getting closer to a system too much complex for our understanding and that AI will eventually rule us one day. That vision would have seemed like science fiction many years ago. But Orwell’s 1984, which weused to read as an alarmist projection when we were younger, seems outdated by reality.

The Big Data is everywhere ! While I’m doing some researches on internet for this article, when my smartphone wakes me up, or when it geolocates me ; it must have laughed loudly when he saw where I spent my night, as he knew before me how i would have liked to spend it. This is what Big Data is all about. Collecting data thanks to intelligent trackers and also yourselves : you share your data but  your friend’s data, your company’s data too. 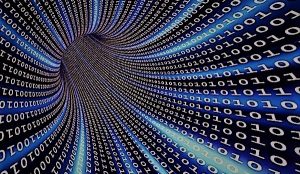 The Big Data made us dream . So many services and life assistants brought for free that would ease our daily life ! In the years 2000, universities and experts studied the phenomenon and laboratories  started to promise that those database would become the basis for an AI able to autoregulate itself. We exceeded expectations and money (public or private fundings) helped us to reach the current situation. Yes, the big data is everywhere, it is hard not to feel watched in our daily life, in our private discussions, our online searches because everything is tracked, crypted, stocked, shared, transferred and…. sold !

Despite alarm signals regarding the respect of our privacy and the different measures established by governments, Big Data accounts for 40 zettabyte every year. In 2010, it was “only” 1.2. We should all feel concerned : us as human beings, but also big institutions, the economy,…

Over the years, the more the Big Data grew, the more it became a central knowledge which enable all sciences to be and interconnect. Let me explain myself. Database, sent in the cloud, became an endless source of usable knowledge. That knowledge could be used by the economic systems, making financiers and investors quite happy, by students studying in the most prestigious universities, by scientists looking to create a new world in which there is more and more technologies helping mankind, but also by historians, psychologists, politicians,… Big Data asserts its omnipotence and conditions our way of thinking the world. It becomes quite difficult today to legitimize itself without using that Data.

Back then, a research involved questioning reality in order to extract the necessary data. Now, we study the data and we extract research objects. The more the Cloud feeds itself, the more we rely on it. I am tempted to say that a new form of belief, of religion is born. In the name of the father, the son and the holy spirit, or in the name of Darwin, Turing and human’s will, here is the Messiah 2.0.

A not so long time ago was Sapiens who survived by killing animals and by picking. Then Sapiens got a genius idea (or maybe not…) : his sedentarization ! He started farming… Human understood the necessity of counting : his animals, his money… He needed to give himself a name, to register himself to pay taxes to allow some to become rich, those same rich people who needed to put on paper their wealth, their genealogy… That’s how the first data were collected thanks to a very important invention : writing.

The first database were born with the counting of cattle and population. Meanwhile, human got scared of losing everything he struggled to get. He needed to create a stock of knowledge and beliefs on his environment to feel more secure. He started to think at what would come after : after the night, after the life, after him… But in front of his low level of knowledge, human had to find a solution. Human called it religion : based on what was peddled and transcribed by the ancients, he started to rely on those texts and divine readings, at the signs the World was sending him to feed his beliefs.

Human started to believe in God, Heaven, Ethics. Those last one become rules of life and most importantly rules of behaviour. We wanted to please the gods… Then human started to study history, to confront those ethics and to quench his thirst of knowledge

That brings us to Pise in 1564. Ok, I admit it, I took a big shortcut and I am sure some historians will tell me that I shouldn’t do that. But 1564 marks the birth of Galileo, who could have paid his thirst of understanding of the World by his life. “The World is not flat, it is round, the stars and planets gravitate around the sun!”. 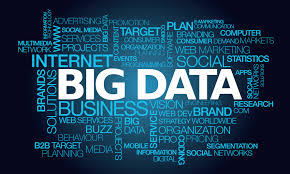 At this very moment, while theology and philosophy were on the rise, everything collapsed : hard sciences were shaking our vision of the World. Sure, religion fought to keep control, but sciences eventually won and Europe could respond (in latin) to religious mass and other kind of rituals : “Scientia vincere Tenebras” ! For your information, That maxim was the motto of my dear Université Libre de Bruxelles, founded in 1834.

Science made men come out of the darkness. The apogee was in 1859, when Charles Darwin published “On the origin of Species”. Men do not come from god, he descends from a species, the monkey, that he mocks for its stupidity. A true cataclysm in the world, in mankind and in churches. It could have been the end of a major sociocultural legacy. But men fought that idea, because change is one thing, questioning his whole belief system is another.

Science became more and more important and saw the birth of humanism.

Men got away from God to believe in themselves, in their own ability to understand, to study themselves as an internal system functioning in the external world. Humanism developed to become a sort of new religion. It had some codes established by science and biology. Charles Darwin brought his evolution theory, and emphasized the necessity for men to understand that they are the only one responsible for their own adaptation and why this adaptation was important. It was all about survival, about living.

Then the World awoke humanist

Humanism develops itself in parallel of that feeling of control men have on themselves. To establish their domination, they kept collecting data, over and over, until the moment when, after creating algorithm after algorithm, they created machines able to resolve complex calculations. Is it even possible to talk about that period without mentionning Turing ? If we had to choose one person to embody the role of the first figure of our numeric era, it would be him.

He paid his thirst of knowledge with his own life. He is the author of many studies that laid the bases for modern informatics. But, more important, he created that wonderful machine which could think, solve enigmas, decrypt messages from German army for the secret services. He developped the thesis of Chuch, an intuitive mathematical concept of calculable function. Men stopped believing in themselves and started to rely on data and what computers could do of them.

Today, that new belief underlies our connection to the world, ruled by decisions from our governments, from industrials, and we are connected to our computersin a functionality that seems impoverished by modern man. Michel Desmurget recently wrote that we were making a generation of idiots with our machines and that belief (you can read our critic right here). But we are just doing what men always do : believe ! Yes, we are still coding, again and again, we are still collecting data and we eventually created what looks like a religion 3.0, or Dataïsm as Harari called it.

A New Era of Big Data

A religion ? The word may seem strong, I give you that. But Big Data becomes more and more powerful and, like in every other religion, we are starting to fear the divine punishment, which could come sooner that expected. The more we get closer to the gods, the more we fear their punishment. We are afraid that the system implodes, we are scared that our data are used against our freedom and that it gets more and more difficult to buy a bread without the whole world to know about that.

That feeds the paranoid fantasies and we beware of our neighbour knowing all about our throughs. Then everything, and I mean everything, become accessible : what we put on our plate, what we eat, where we go out, who we vote for, and maybe the color of our faeces. Everything, and I mean everything, can feed the databases and the cult. We are sacrificing our freedom on the altar of numerism. That is how we could compare the dataïsm to a religion, that some fanatics and extremists are nourishing and against which some irreductible are trying to fight. But can we escape it ?

A world without data ?

It is difficult to conceive another relation to Data than this one. Yet, we are still trying. Even public authorities try to legislate ; we could think that things are getting out of their control… Could numerism become a counter power weapon ? Would it be dangerous to collect so many data about everyone ? Those questions could find some answers very soon…

Let’s not dive into complotist theories. We have to stay focus and interrogate ourselves about the repercussions of a dataist world. We could imagine that some people could advocate for a dedataisation, just like we witnessed a race to armament, or should I say disarmament. In facts, we know that, it just doesn’t work. Why ? Because giving up on our strength, even if it is intimidating, is giving the others a possibility to take the advantage on us…

BTW, Giving up on that knowledge means we won’t be able to anticipate anymore… What will the hunter do with his shiny gun ? We don’t know. Neither did Bambi’s mother… By using that example, I know I am using your emotions because we all cried in front of that scene, and so you are telling yourself “yes, definitely”. But maybe not… 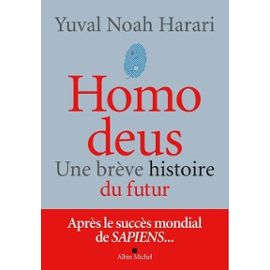 Like in every other religion, even the lasting ones, the Big Data could one day make room for an all new belief. It is our role to make sure that it relies on that will of understanding the world rather than the wish of giving a superior strength the ability to reduce our fears.